The Cry of Destiny: The Most Intriguing and Enthralling Novel Ever. 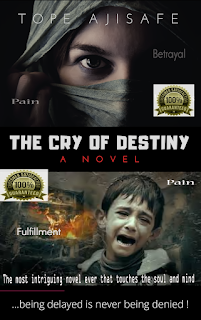 You are given free access to read through the chapter ten of the intriguing novel.

Three years later – a year of silence in which Sarah failed in all her attempts to abate Daniel’s life. Meanwhile, while Damilola was an apprentice under a renowned bricklayer in the community; he raped the daughter of his master. The man sent him away and warned him strictly that he must not set his eyes on him again if he doesn’t have a spare soul.

Read more »
Posted by Tope Ajisafe at 4/28/2022 11:49:00 pm No comments:
Email ThisBlogThis!Share to TwitterShare to FacebookShare to Pinterest 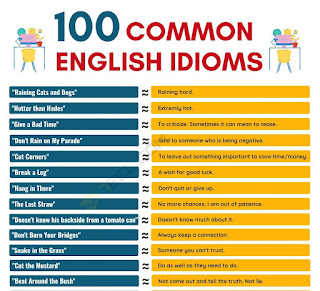 What is an idiom?

An idiom is an expression where the meaning is different from the meaning of the individual words.