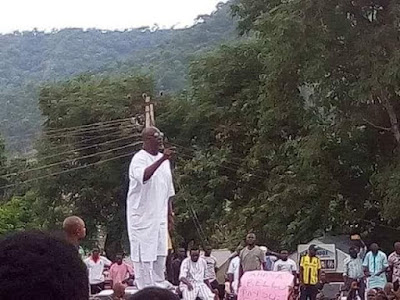 No fewer than five persons were shot at the gate of Kogi State Polytechnic, Lokoja where Senator Dino Melaye was holding a peaceful protest against the state government on Monday.


The protest which started around 11am turned bloody when unknown gunmen, who invaded the venue of protest from the Nataco Junction brandishing different guns and cutlasses started shooting into different direction sending people scampering for safety including journalists.


Motorists and market women along the Lokoja-Abuja highway also scampered for safety after hearing the gunshots. The shooting continued for a while before more security operatives arrived.
However, before the arrival of security operatives and the state commissioner of Police, five persons have been shot and two feared dead.