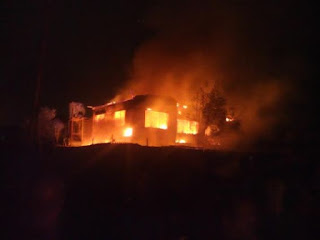 A petrol tanker fell and went up in flames early this morning along Ojuelegba road. Fire service agents are currently trying to contain the fire...the building above is located at Abimbola Shodipe by Western Avenue, Ojuelegba and has been completely razed by the fire. More photos after the cut...

Read more »
Posted by Tope Ajisafe at 12/05/2015 03:20:00 am No comments:
Email ThisBlogThis!Share to TwitterShare to FacebookShare to Pinterest 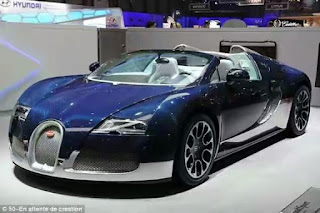 The Bugatti Veyron is currently the world's fastest street-legal car but it is about to be eclipsed by its new sibling, the Bugatti Chiron. The new Bugatti named after legendary race car, driver Louis Chiron will be the 'world's most powerful, fastest, most luxurious and most

Read more »
Posted by Tope Ajisafe at 12/05/2015 03:14:00 am No comments:
Email ThisBlogThis!Share to TwitterShare to FacebookShare to Pinterest 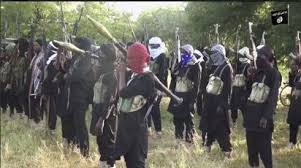 The Cameroon army claimed Wednesday to have dealt a major blow to Nigeria’s Boko Haram Islamists, killing around 100 fighters and freeing 900 hostages in a three-day operation last week.

The claim, which could not be independently confirmed, comes on the heels of twin suicide attacks the previous day in the far north of Cameroon, an area repeatedly targeted by the jihadists.
At least six people died in the attacks, according to a new toll.
“A special clean-up operation from November 26 to 28” against Boko Haram in

Read more »
Posted by Tope Ajisafe at 12/02/2015 11:40:00 am No comments:
Email ThisBlogThis!Share to TwitterShare to FacebookShare to Pinterest

The peaceful protest embarked upon on Tuesday by the Indigenous People of Biafra, IPOB, against the continued incarceration of Mr. Nnamdi Kalu the Radio Biafra Director, turned bloody at about 1.30 am early hours of Wednesday, after an alleged encounter by the Joint Military Taskforce comprising, Army, Navy, Police and Civil Defense, who clashed at Niger Bridge Head with some members of the IPOB who vowed to continue their blockage of the bridge for three days until Kanu is released.
The encounter left about nine people dead, five at Niger Bridge Head, three at