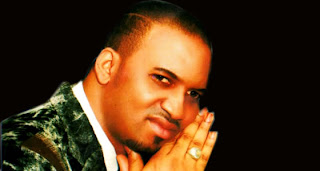 Popular Nigerian Seer and General Overseer of Mountain of Liberation and Miracle Ministry, aka Liberation City, Dr Chris Okafor has released a new set frightening prophecies and predictions for the year 2014. Ministering during the church’s Cross-Over Watch-night service entitled “Night of Divine Repositioning”, organised to usher the church into the New Year, the Prophet (Dr) Okafor, fondly called The Oracle of God, explained that God revealed those prophecies as a warning to all and if the people concerned are very sensitive they should work on it and pray against the negative manifestation of the revelations. Below some of the prophecies:
1. MAJOR BOMB BLAST WILL SHAKE THE COUNTRY
The oracle of God said there will be major bomb blast that will rock the country and these will keep so many family perished, these will happen simultaneously but if the
country can come together to pray God might listen to their cry, this thing will happen as a result of enemity between people, but it can be averted.
2. AIR DISASTER IN FIRST, SECOND AND THIRD MONTH OF THE YEAR
God revealed to me that there will be major air disaster in the early month of the year, that might claims life of so many eminent Nigerians, so we will like to use this opportunity to call on all stakeholders in the aviation industry to come alive in discharging their duties because God has revealed to correct errors and redeemed his people so it left in to the hand of the regulator to ensure safety on the air.
3. BLOODSHED ON JANUARY 25, 2014
There will be bloodshed on the 25th of January, but it was not directly stated which channels it will come from, whether through road, water or air, but the major thing is for the people to pray against any form of accident on the date. Again God revealed to redeemed, he warned.
4. 2014 YEAR OF GREATER INCREASE
The Oracle of God landed with a soft touch while rounding up his prophesy for the year with the declaration that the year in view, is a Year of Greater Increase in all ramification for those who believe and serve God diligently, he said all the people that labour on the right path will reap the fruit of their labour, while he challenged all political office holders to look for ways through which their impact will be felt across the country. He also challenged Nigerians to continue to pray for the survival of democracy in the country.
Among some of his Prophecies for 2013 was the Death of Nelson Mandela, which came to pass. He also warned about an impending fire disaster, plane crash, and death in the household of the President among others. He also predicted Nigeria’s victory over Ethiopia and eventual qualification for World cup. A very charismatic preacher and minister of the Gospel, Prophet (Dr) Chris Okafor has had a fair share of controversies in the past, but somehow his church, Mountain of Liberation and Miracle Ministry, aka Liberation City, located in Ojodu axis of Lagos, has continued to wax stronger with many finding permanent solutions to numerous life challenges there. These new prophecies will certainly generate mixed reactions from Nigerians. Or what do you think?
Posted by Tope Ajisafe at 1/31/2014 08:05:00 am No comments:
Email ThisBlogThis!Share to TwitterShare to FacebookShare to Pinterest


The Kwara State House of Assembly on Thursday called on Governor  Abdulfatah Ahmed to ensure that relevant government agencies and institutions embark on massive renovation of dilapidated schools in the state.
It also charged the state Ministry of Education and Human Capital Development, State Teaching Service Commission and State Universal Basic Education Board to be alive to their responsibilities.

These were part of resolutions reached by the Assembly while its members considered the report of its Committee on Education and Human Capital Development. The committee had earlier inspected primary and secondary schools in the state.Kwara State Governor Alhaji Abdulfatah Ahmed
The Speaker, Mr. Razak Atunwa, who
read the Assembly resolutions, noted that most schools in the state needed better teaching and learning environment to enhance the competences of the pupils.
The House also urged the state government to provide the schools with potable water and toilet facility as well as to complete all ongoing and abandoned projects in them.
It also advised the government to embark on massive recruitment and deployment of teachers to address personnel needs in the state, especially in the rural areas.
It also directed the ministry and agencies responsible for managing schools in the state to strengthen their inspectorate divisions to restore discipline in the system.
Posted by Tope Ajisafe at 1/31/2014 07:16:00 am No comments:
Email ThisBlogThis!Share to TwitterShare to FacebookShare to Pinterest

Posted by Tope Ajisafe at 1/31/2014 05:38:00 am No comments:
Email ThisBlogThis!Share to TwitterShare to FacebookShare to Pinterest
Newer Posts Home
Subscribe to: Posts (Atom)